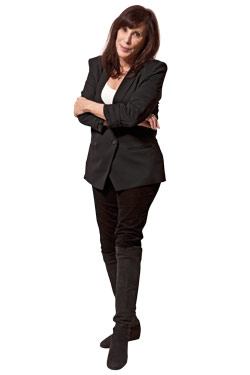 By Irin Carmon | February 10, 2012 – “I don’t have a problem saying the word ­abortion,” says Merle Hoffman, the ­reproductive-rights activist who describes herself as the woman who brought abortion from the back alley to the boardroom. “I think it’s important to own it—one out of three woman before the age of 45!”

Hoffman is sitting in her office at Choices Women’s Medical Center, a Long Island City abortion clinic she opened at the age of 25, two years before Roe v. Wade. Choices celebrated its 40th anniversary last year in imperial fashion, by announcing it was expanding and moving its major operations to an 18,000-square-foot facility in Jamaica, where 78 percent of her patients come from. “Jamaica is like a third-world country in New York,” Hoffman says bluntly. “It has a 35 percent higher teenage pregnancy rate. You have a very disenfranchised population.”

Hoffman likes to say that no new abortion clinic like Choices has opened in New York in 30 years. Others may quibble with that, but in any event, many of the first-wave clinics have since merged or closed. And so the relaunching of Choices, scheduled for March 2, is a big deal, and seems especially so in a month dominated by debate over birth-control access and the decision by the Susan G. Komen foundation, later reconsidered, to defund Planned Parenthood. But Hoffman has seen the battles come and go and come back again. She was involved in breast-cancer activism in the days when, during a biopsy, doctors didn’t bother rousing women from anesthesia to ask their consent for a mastectomy. “You didn’t know if you were going to wake up with one breast or two.” And she remembers the years when abortion was legal in New York before most other states, when patients “were lining up 300 strong” and clinic bombings were regularly in the headlines. She is delighted to reminisce.

“I used to get these letters with pictures, always white couples, saying, ‘We’re a wonderful couple, we’re very happy, we can’t get pregnant.’ Always we.” Then they would list how much they were willing to pay for an infant. “Like I’m going into the waiting room and saying, ‘Ten thousand dollars for anybody who wants to keep their pregnancy and give it up!’ Sometimes I would write back and tell them, ‘Sure, I have a lot of yellow babies, black babies.’ I don’t think that’s what they’re looking for.” She thinks more pro-life activists should adopt—as a political act, she says, to demonstrate their seriousness about alternatives to abortion. At 58, Hoffman adopted a girl herself, from an orphanage in Siberia.

She also just published a dishy memoir, Intimate Wars, in which she recounts her own abortion and her years-long affair with the doctor she worked for and eventually married. She writes proudly about making her first million—she’s not exactly the type for not-for-profit work—and says that feminists seeking power shouldn’t be afraid to be part of the one percent. She certainly isn’t: She lives on the Upper East Side and has a house in East Hampton.

Above her desk is a proclamation Hoffman first papered over the doors of St. Patrick’s Cathedral in what she calls, a little grandly, “the first pro-choice civil disobedience”: a declaration that “women are full moral agents with the right and ability to choose when and whether or not they will be mothers.” Not far from it hangs a painting by Sexual Politics author Kate Millett, which Hoffman won in a benefit auction for the Veteran Feminists of America (yes, it’s a real group), and a six-foot-wide coat hanger that Hoffman likes to wield at protests, with typical theatrical flair. There is also a mock-up of an ad for the new Jamaica clinic.

That Jamaica is a transport hub will come in handy, Hoffman tells me, particularly for handling what her director of counseling, Esther Priegue, calls the “down-south surge”—the flow of patients they believe will come from states with more restrictive abortion laws. Hoffman thinks things will get worse before they get better—if they get better, that is. “We are going to see slave states and free states,” she says, with a straight face.

As far as the clinic is concerned, the refugees are already coming. ­Priegue recently counseled a teenage girl from South Carolina whose mother balked at the red tape around the second-trimester abortion she needed. The girl’s father, a trucker, arranged for them to come up in a relay of fellow truckers. But she laughs at the idea that abortion clinics encourage women to terminate pregnancies—just that day ­Priegue had counseled a girl who was being pressured to terminate by an abusive partner into accepting prenatal care instead. “Show her that hook that we have!” cracks Hoffman, leaning back into a side chair. “We go outside and we stand on the street and hook them in.”

What actually takes place outside is a regular protest by a Catholic nun, who recently complained to Hoffman that the move to Jamaica was going to inconvenience her commute. “I said, ‘Sister, you don’t have to come.’ That’s what she’s asked me to call her: sister. It’s not my idea of sisterhood.”