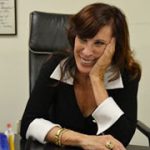 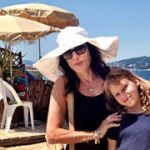 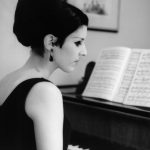 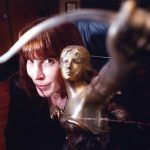 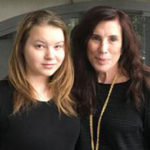 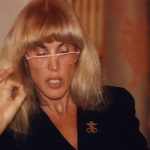 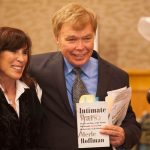 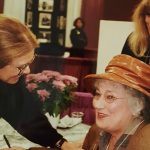 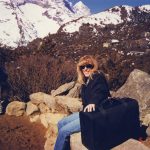 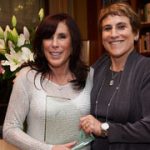 “Every day we bear witness to each woman’s knowledge of holding the profound power to decide whether or not to allow the life within her to come to term. The sharing of those moments makes abortion work sacred.” – Merle Hoffman

In 2005, Hoffman adopted a three-year-old girl from Siberia whom she named Sasharina, a combination of Sasha – meaning defender of humanity – and Irina (her given Russian name) – meaning peace.

Hoffman co-founded and helped run Flushing Women’s Medical Center (forerunner of Choices Women’s Medical Center) in the borough of Queens in NYC in the spring of 1971, two years before Roe v. Wade legalized abortion nationwide. Hoffman considered many standard medical practices of the day sexist, invasive, and paternalistic. In response, she developed many of the patient-centered tenets and practices that have since become standards of female and feminist healthcare and implemented them at Flushing Women’s. Hoffman’s theory of “Patient Power” led to such now-standard practices as having another staff member in the room with the doctor and patient at all times and developing the concept of informed consent; having other women counselors rather than doctors provide emotional support and answer patients’ questions during abortions; and using patients’ abortion-based clinic visits as an opportunity to provide sexual health education as well as counseling on birth control options.

In November, 1974, Hoffman was the initiator and moderator for New York City’s first Women’s Health Forum, with speakers including Barbara Ehrenreich and Congresswoman Bella Abzug. In 1975, Hoffman helped develop and introduce a program to diagnosis women with breast cancer in an outpatient center. The program, known as STOP (Second Treatment Option Program), was pathbreaking; prior to its inception women were not consulted as to their diagnosis or treatment options. Previously, doctors had simply removed the breast of any woman whose biopsy came back positive while she was still anesthetized and before she had the opportunity to learn about her options or make decisions.

When Hoffman learned about the lack of birth control options available to women in Russia, she organized and led a trip of physicians and counselors from Choices on a well-publicized educational exchange there. In 1974, she began working with Russian hospitals and doctors to develop CHOICES East, the first feminist outpatient medical center in Russia, and organized Russian feminists to deliver an open letter to Boris Yeltsin on the state of women’s health care.

In 1982, Hoffman produced, directed and wrote the documentary film, Abortion: A Different Light, and in 1986 she produced and hosted the first feminist TV show, MH: On the Issues, a syndicated 30-minute cable TV show. Her first guest was then-Congresswoman Bella Abzug. Others included Betty Friedan and Phyllis Chesler. A documentary film, “25 Years of Choices: Feminism from the Ground Up,” was produced to honor her and her work.

Hoffman’s writing has appeared in numerous publications and journals including the American Journal of Obstetrics and Gynecology and the Journal of the American Medical Women’s Association. Hoffman also published two studies with Adelphi University in the 80s that documented how poverty leads many women to choose abortions and showed that nearly half the women seeking abortion at CHOICES would pursue one illegally if Roe v. Wade were repealed. The study, “Abortionomics: When Choice is a Necessity – The Impact of Recession on Abortion,” was updated in 2011, and the results were presented at the National Press Club in Washington, D.C., on January 19, 2012.

Hoffman began a newsletter for Choices in 1982 which developed into On the Issues: The Progressive Women’s Quarterly, an acclaimed national magazine with an international following, featuring interviews by Hoffman with notable activists and thinkers, including Andrea Dworkin, Congressman John Lewis, Kate Millet, and Elie Weisel. In 2008, On the Issues became an online magazine, extending its reach even further. For both print and online editions, Hoffman wrote editorials on subjects ranging from her visit to San Francisco General Hospital’s AIDS Unit in 1985 to a visit to a Rape Crisis Center in South Africa, and what is feels like to be an abortion provider in a time of attacks on clinics and murders of doctors.

In 1990, she published an editorial in the Amsterdam News in response to the Central Park jogger rape case.

Hoffman’s memoir, Intimate Wars: The Life and Times of the Woman Who Brought Abortion from the Back Alley to the Boardroom, was published in 2012 by Feminist Press. Publishers Weekly opined that “she eloquently chronicles more than three decades of struggles to keep abortion legal. Readers will learn much about her drive to recast ‘reproductive freedom as a positive moral value.'” Kirkus Reviews called it “An inspiring story of a woman who participated in ‘one of the greatest revolutions in history’—and is still at the forefront of the struggle.”

Hoffman was one of the first activists to criticize Operation Rescue, an organization dedicated to ending access to abortion by blockading clinics. When Operation Rescue announced it would shut down abortion services in New York City for a week in the spring of 1988, the New York Pro-Choice Coalition, founded by Hoffman, responded by rebranding those days “Reproductive Freedom Week,” organizing a counter protest that drew 1,300 activists and supporters, and dispatching supporters to ensure that every clinic or doctor’s offices Operation Rescue targeted remained open.

During the 1989 New York City Mayoral Race, shortly after the U.S. Supreme Court ruled in Webster that states could limit abortion access, Hoffman and the New York Pro-Choice Coalition held a press conference to rate the candidates on this question.

Hoffman speaks regularly about women’s rights and pro-choice issues and has appeared on hundreds of radio and TV programs:

Hoffman was honored for her work by the Department of Corrections of New York City, the National Organization for Women (NOW), Women’s Health Care Services, Ecovisions, Community Action Network, the National Victim’s Center, the Congress of Racial Equality, the Veteran Feminists of America, former NYC Mayor Ed Koch, and others: