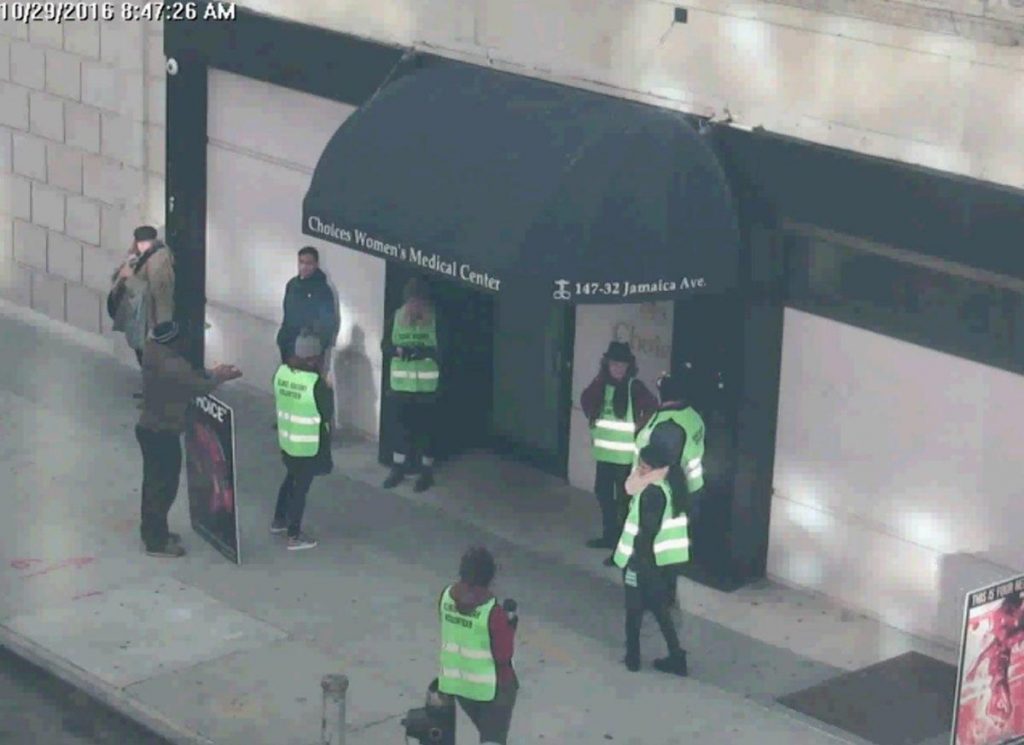 By Lia Eustachewich | June 20, 2017 – The state’s top law enforcement officer is asking a federal judge for an injunction against pro-life protesters who harass patients and spew death threats at supporters and staff at a women’s clinic in Queens.

The crowds that gather outside the Choices Women’s Medical Center in Jamaica feature an aggressive lot of demonstrators who use verbal abuse, threats of violence and lies about the clinic’s hours to keep patients from receiving reproductive health care services, said state Attorney General Eric Schneiderman, who filed a lawsuit Tuesday in Brooklyn Federal Court.

The menacing protesters are not above using their bodies to block the passenger-side doors to impede patients arriving by car, or clashing with volunteer escorts trying to shield patients from unwanted abuse.

“The tactics used to harass and menace Choices’ patients, families, volunteers, and staff are not only horrifying, they’re illegal,” Schneiderman said.

“The law guarantees women the right to control their own bodies and access the reproductive health care they need, without obstruction. We’ll do what it takes to protect those rights for women across New York.”

According to the lawsuit, protesters have violated the federal Freedom of Access to Clinic Entrances Act and the New York State Clinic Access Act by chasing and crowding patients as they approach the building, and by telling clinic staff members that their names are on a website devoted to anti-abortion activity.

Even children, relatives and friends of patients have been harassed, subjected to such taunts like, “Your money supports the clinic, so you’re a murderer” and “Don’t go in there, they will convince you to kill your baby — that’s how they make money.”

The people shouting are often holding signs with pictures of bloody fetuses.

“Some patients who manage to make it past the protesters still have difficulty accessing care, because they arrive at the clinic shaking and crying,” the lawsuit said. “Patients in this traumatized condition require additional time and counseling by staff, who must calm and reassure the patients before addressing the reason for their visit.”

“It is unconscionable that any person would be subjected to harassment, threats, and even physical violence for simply seeking or providing medical care,” said Public Advocate Letitia James.

The Rev. Kenneth Griepp, pastor of the Church at the Rock in Brooklyn, who has led many of the protests, did not immediately return a call for comment.