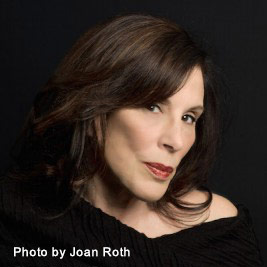 Merle Hoffman: Courage In The Face Of Hate

By Trone Dowd | April 12, 2019 – Activist and journalist Merle Hoffman had been instrumental in the fight for women’s healthcare and reproductive rights long before the conversation was being had on a national scale. For more than 40 years, Hoffman has found various means and made tremendous sacrifices to ensure that women are not only educated on the sweeping political decisions that affect their bodies, but also have a say when those discussions take place.

Hoffman’s journey began in Queens. During her time as a student at Queens College, she was first exposed to many of the principles she would take to heart for the next 40 years. After attending graduate school at the CUNY Graduate Center for a doctorate in social psychology, she wasted little time getting involved in the fight for reproductive rights.

She was instrumental in founding an ambulatory abortion center in Flushing, the first of its kind in the nation, two years prior to the historic Roe v. Wade Supreme Court decision. That center would soon be renamed the Choices Women’s Medical Center before finally being expanded into a full-service women’s health facility in Jamaica. Today, that center is one of the largest and most comprehensive women’s health centers in the country, complete with gynecological services, prenatal care, behavioral health counseling services and abortion care up to 24 weeks of pregnancy, in accordance with state law. The center serves 40,000 patients every year.

Merle Hoffman, Photo by Joan Roth, used with Merle Hoffman: Courage In The Face Of Hate on April 12, 2018, in Queens Tribune

In addition to her direct involvement in founding women’s health centers in New York, Hoffman has used her talents as a writer to shed light on the issues she holds dear. Her groundbreaking work has earned her accolades and awards, and gave her the chance to start a publication of her own. On the Issues, founded in 1983, was a quarterly magazine dedicated to the progressive feminist movement. It was the first of its kind and was published for 25 years before transitioning into a digital-only publication in 2008. In 1986, the publication received a television spin-off, MH: On the Issues, which was a syndicated 30-minute cable TV show that discussed women’s-rights–related news.

Hoffman has received numerous awards for her work over the years, including a 2010 Front-Page Award from the Newswomen’s Club of New York for her article “Selecting the Same Sex,” which was published in On the Issues.

For Hoffman, the concept of “patient power” is one of the most important things that a society can teach women and other groups who are marginalized in the medical field. According to Hoffman, doctors in the 1970s were often responsible for many of the preventable complications that women faced in hospitals. Their decisions were often made without the knowledge of the patient. Hoffman believed that this was a practice that should be discontinued. Forty years later, all hospitals feature a patient bill of rights that stems from Hoffman’s concept of patient power.

While she has fought tirelessly for more than half of her life, she has also faced hardship from the beginning. Her thoughts on abortion have made her an easy target of the pro-life movement.

“I’ve had death threats, harassment, public attacks, been evicted from two major sites; it manifests in almost every area of my life,” she said.

“I live in a war zone in this war against women. Abortion and the right to decide your reproductive destiny is the frontline of the entire liberation movement for women. If you can’t decide when you want to be a mother, what else can you have power over in your life?”

Despite the threats, Hoffman has remained a leader in the fight for women’s rights and a trailblazer in her own right.

Merle Hoffman: Courage In The Face Of Hate
Scroll to top