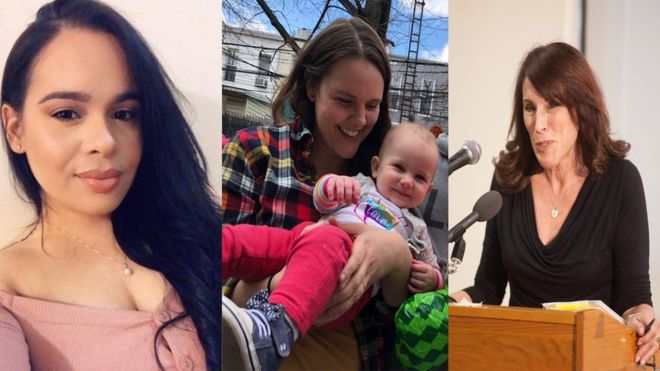 New York abortion law: Why are so many people talking about it?

By George Pierpoint | January 28, 2019 – On the 46th anniversary of the landmark US ruling that made abortion legal, New York state signed into law a new abortion rights bill. Why is it so controversial?

The Reproductive Health Act (RHA) has been seen by some as a necessary move to safeguard abortion rights should the Supreme Court overturn the ruling, known as Roe v Wade.

And it comes at a time when states such as Mississippi, Iowa and Ohio are rolling back abortion provisions.

While others see it as an “extreme” and “inhumane” expansion of abortion access.

The act removes the need for a doctor to perform some abortions and takes abortion out of the criminal code, making it a public health issue.

However, the most controversial aspect of the RHA is the provision allowing abortions after 24 weeks in cases where there is an “absence of foetal viability, or the abortion is necessary to protect the patient’s life or health”.

The RHA has caused an intense and heated debate about how abortion is regulated in New York, with impassioned arguments made on each side.

Merle Hoffman, who founded the Choices Women’s Medical Center in New York in 1970, welcomes the change in the law, but feels it is “overdue”.

“I have been working in this field for 48 years. It feels like I’ve been living in Groundhog day.”

She told the BBC that her clinic has been unable to help women in “sad and difficult situations” because they were more than 24 weeks pregnant.

Ms Hoffman notes that many of the women who seek late-term abortions either didn’t know they were pregnant for a long time, or experience complications in an originally wanted pregnancy.

“We have to get funding from various sources – often personally contributing money – to help these women access abortions services out of state.”

Ms Hoffman describes New York in the early 1970s as an “oasis” for women seeking abortions before Roe v Wade, and sees a parallel with the state’s decision to implement the RHA.

“I can see there being a sort of ‘underground railroad’ of women who will come to New York now. It is another access point on the east coast.”
Ms Hoffman, is also keen to point out that only around 1% abortions in the US happen after 21 weeks.

New York abortion law: Why are so many people talking about it?
Scroll to top