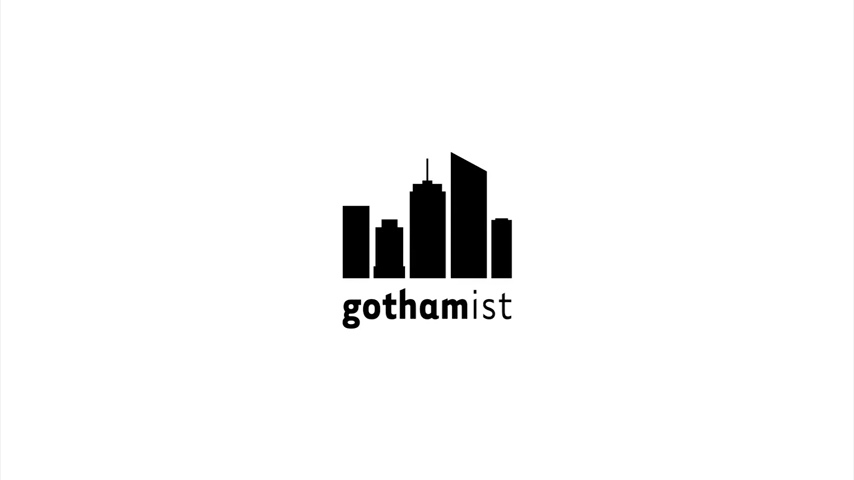 A Day Outside One of New York State's Largest Abortion Clinics

By Jen Carlson | April 11, 2016 – On a Saturday in March, I was standing on 147th Place in Jamaica, Queens, asking Stella to tell me about Merle Hoffman.

Stella isn’t her real name, it’s a street name she uses so that she doesn’t get doxxed by protesters screaming at her as she escorts young women safely into one of the largest, licensed abortion clinics in New York State. Choices (previously named Flushing Women’s Medical Center) was America’s first ambulatory abortion center, and was founded by Merle Hoffman in the early 1970s—two years before the Roe v. Wade Supreme Court decision legalized abortion nationally.

The now 70-year-old Hoffman is, according to Stella, “one of the most inspirational feminist leaders in America. What she’s done for women’s healthcare and access to healthcare has been really incredible. And just the sheer force of will that she’s had to have to get things done with all the obstacles that she was faced with is really quite incredible. They really laid the path, Merle and her colleagues, and it’s our job to take it to the next place. I feel like that’s our job, now.”

The clinic has existed for 45 years, but has only been at this address for three. It’s had regular protesters since the doors opened—”Our protesters are fairly steady here,” Stella tells me, “it’s the same couple of churches that come out and target Choices. The past few weeks we did get a few new people, however, which is alarming.”

The protesters are mostly from the Church at the Rock in Brooklyn, and their leader is Pastor K.W. Griepp, who seems to loosely organize the group, which takes shifts, before departing. (Griepp declined to comment for this story.) These shifts consist of following and shouting at women who walk into the clinic (and often shouting at no one in particular), holding up giant posters of aborted fetuses, and handing out brochures. I approached two older women, standing near a pick-up truck adorned with anti-abortion poster boards, one of whom told me she was Griepp’s wife. I asked her if I could see the brochure she was holding.

On bold letters on the cover, the brochure states: “For Men.” Online, I learned some of what it said inside: “You need not be powerless or confused. If the people at the abortion clinic make you feel that way, walk out. Don’t be pushed.” It aims to tell the men that they are alreadyfathers, and they now have a decision to make: do they want to kill their child?

“They like to preach to us and tell us that we’re baby killers,” Stella, who began as an escort three years ago, tells me. “There’s one protester in particular that likes to pick on new people; he’ll shove his little rubber fetus into people’s faces even though they tell him to leave them alone; he’ll tell them that he’ll leave them alone if they take off their vest.” The escorts can all be identified by the safety vests they wear.

Protesters were hesitant to speak with me or Gothamist videographer Jessica Leibowitz, asking us immediately if we were pro-choice or ever had abortions ourselves. Some wouldn’t speak with us at all, and quieted down if we came around with the video camera.

One woman who declined to give her name, told us, “I’m here protesting the fact that children are being killed. My church stands for the children. We’re a voice for the unborn children. I come because I know that this is not right. It wasn’t right back in the ’40’s and ’50’s, and it’s not right today.”

Now in her 70s, she opened up and told us she had more than one abortion, back “when it was illegal. You weren’t supposed to do it. It was taboo. And then they justified it by man’s little sinful heart. [They] said, ‘Oh, now it’s okay.’ I don’t think it’s right. I used to, [but then] I killed my own kid. And that has a devastating effect on you. It’s not good to kill in any shape, form, or matter. I know I’m forgiven, but I should not have done it. Just because I did it didn’t make it right. And when other people do it, it’s just not right, this is a human being trying to survive just like you and me.”

The scene is polarizing, and quiet at times, with protesters standing across from escorts from 7 a.m. on. The second shifters are “a lot less chill,” Stella says, and often disregard the FACE law. “There’s a 15-foot buffer zone, so protesters are not allowed to follow and harass patients within 15 feet of the clinic. They don’t seem to care. And unfortunately the police in the neighborhood don’t patrol and when we’ve had to call the police they say, ‘Well we didn’t see it so we can’t do anything about it.’ Even though we have it on video camera, even though we have witnesses, they don’t take an active approach. When we called the cops a couple weeks ago and they got here, they talked to us about the First amendment. These protesters have rights and that’s important but there’s also a law and it says that you can’t follow or harass people within fifteen feet of the door.”

They keep calling the cops, however, so that they have the violations on record. Stella tells me, “We need those in positions of authority to know that they’re regularly violating the law, and hopefully people in power can take some action.”

There are typically around ten escorts spread out around Choices, who work under a buddy system. Protesters will follow any woman entering, screaming louder and louder as they get closer to the door, where another set of escorts adds an extra shield. (Once inside, everything is soundproofed.) There’s also a security guard and video cameras set up, but the escorts remain the most prominent and active form of security for these women. “It can be rough. It can be rough out here,” Stella says, recalling being pushed by one particularly aggressive protester. “Thick skin is the number-one requirement. The protesters will say things to escorts that are really quite disturbing.”

Choices is a female-owned and operated clinic offering a full range of care, and they provide services on a sliding scale, also taking Medicaid (which many places do not). The protesters are there to protest abortions, but Stella tells me that they believe “anyone patronizing the clinic is killing babies, whether or not you’re here for abortion care. Your money is supporting abortion, so, they’re against you.”

In her 2012 book, Intimate Wars, Merle Hoffman wrote: “On some very basic level, I understand those antis who protest outside Choices. And I respect them for acting on their beliefs—even if I will do everything in my power, and put my life on the line, to ensure they are defeated.”

Outside Choices with Escorts and Protestors
Scroll to top