“In an interview with The East Hampton Star, Ms. Hoffman enumerated the “guerilla and frontal attacks against legal abortion” that patients and health-care workers face today.”

With death threats a part of her weekly routine at the clinic she runs in New York City, Merle Hoffman has been fighting a passionate, perilous battle since the early 1970s. “The only woman who owns a licensed ambulatory surgery center specializing in abortion and reproductive care in New York State” — as she has described herself — will share stories from her book, “Intimate Wars: The Life and Times of the Woman Who Brought Abortion From the Back Alley to the Boardroom,” at BookHampton on East Hampton’s Main Street on Saturday evening at 5. 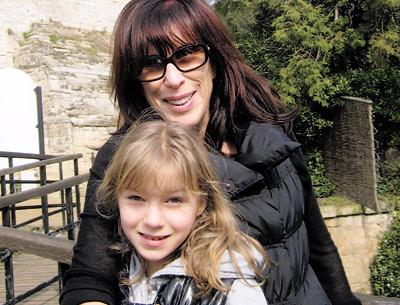 Ms. Hoffman is a gifted musician who chose to pursue a career in health care and the women’s movement instead of at the piano keyboard. She was educated as a psychologist, with experiential training in the reproductive-medicine field; she has also won awards as a journalist, publisher, and editor.
“This is my life’s work, to articulate this issue,” she said on Sunday.
Ms. Hoffman advocates for patients’ rights and education in the United States and abroad. A few months ago, she spoke to the British Parliament on reproductive legislative issues. This is the first book she has written, though she publishes “On the Issues,” an on-line magazine about progressive feminism.
In an interview with The East Hampton Star, Ms. Hoffman enumerated the “guerilla and frontal attacks against legal abortion” that patients and health-care workers face today, from telephone harassment to bomb threats to murder (as in that of her friend, George Tiller, a doctor in Kansas who was killed in 2009). The current paucity of abortion providers demonstrates the success of the pro-life movement — which she considers a force of oppression and regression.
The termination of a pregnancy should not be something a woman should be forced to risk dying from, Ms. Hoffman said. There are currently 110 bills pending, in various states, aimed at restricting abortion or denying access to contraception, she said, adding that she fears this current legislation is making the back-alley abortion a reality again. There is not one free clinic offering abortions in Mississippi, for example, she said.
As an activist, she is not shy about speaking from personal experience. She has had an abortion herself. “I love being a mother,” she said, “but wouldn’t have when I was 32 and was not ready for it.”
Ms. Hoffman’s book recounts her years of struggle for women’s and patients’ rights. Choices Women’s Medical Center and Mental Health Center, which she founded in 1971, serves more than 40,000 patients each year. Protesters — usually violent verbally, sometimes threatening physically — are a regular presence outside the clinic.
Passionately active in the pro-choice movement since the first rally on the steps of St. Patrick’s Cathedral, in Manhattan, Ms. Hoffman has counseled women for decades. Many, having few resources where they live, travel to New York just for an appointment at the Choices medical center.
“It is a profound personal decision that no man or state can judge,” she said. “Bringing life into the world is an extraordinarily powerful decision,” but deciding to end a pregnancy is “many times a matter of survival.”
She wrote the book for her daughter, Sasha, she said. Above all, she would like to see more activism among women of all ages: “Get activated and get involved. It’s up to all of us, what this country will be.”