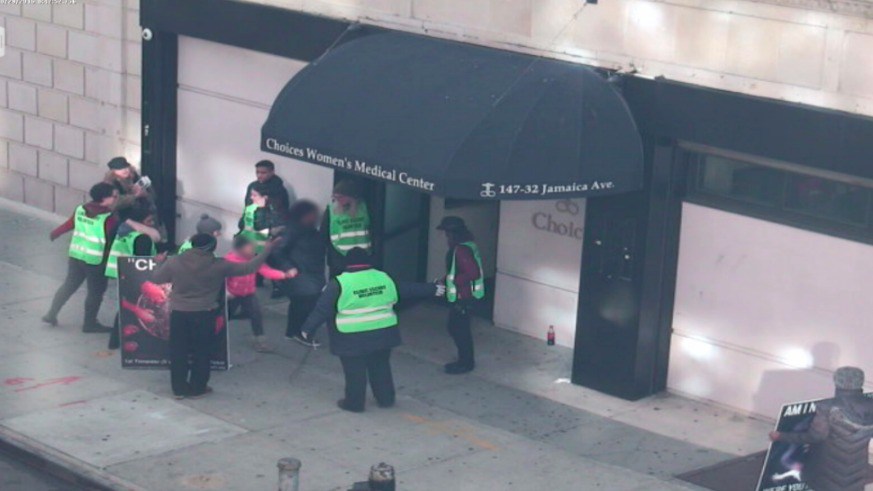 June 20, 2017 – Unwanted physical contact. Verbal abuse. Cyberbullying. Death threats such as, “You don’t know when you might get shot.” These are things many women around the world face on a daily basis, but a new lawsuit aims to at least end such harassment for the patients and staff of a women’s health facility in Queens.

The federal lawsuit filed Tuesday by New York Attorney General Eric Schneiderman is against a group of anti-choice activists that have, for at least five years, aggressively blocked access and harassed workers and patients alike at the Choices Women’s Medical Center in Jamaica, among other forms of harassment, every Saturday morning.

“Some patients who manage to make it past the protesters still have difficulty accessing care, because they arrive at the clinic shaking and crying,” the lawsuit said. (ATTORNEY GENERAL’S OFFICE)

Founded in 1971, Choices’ services focus on women’s reproductive health, offering a range of gynecological testing, birth control, abortion, pre-natal and other healthcare services. It also provides services for the LGBTQ and senior communities that include behavioral health and counseling, nutrition and basic preventative care.

“The tactics used to harass and menace Choices’ patients, families, volunteers and staff are not only horrifying – they’re illegal,” Schneiderman said in a statement. “The law guarantees women the right to control their own bodies and access the reproductive healthcare they need, without obstruction. We’ll do what it takes to protect those rights for women across New York.”

The goal of Schneiderman’s lawsuit, which comes after a yearlong investigation, is to not only prohibit protesters from harassing Choices’ patients, staff and volunteers, but to also create a 16-foot “buffer zone” around the facility “to protect women’s fundamental rights,” Schneiderman tweeted. In another tweet, the AG said he worked at an abortion clinic after he graduated high school and, as it was pre-Roe v. Wade, “I still remember the fear many women had,” he wrote.

For Merle Hoffman, the founder and CEO of Choices, the attorney general’s lawsuit and safe space creation has been a long time coming.

“I have been on the front lines of this struggle for women’s rights and women’s freedom for nearly 50 years,” she said in a statement. “I have endured bomb threats, death threats, multiple evictions and the maiming and murder of colleagues and friends. And I am still here because I made a vow to my first patient and to myself — that I would always be there for women and girls who came to me for services.”